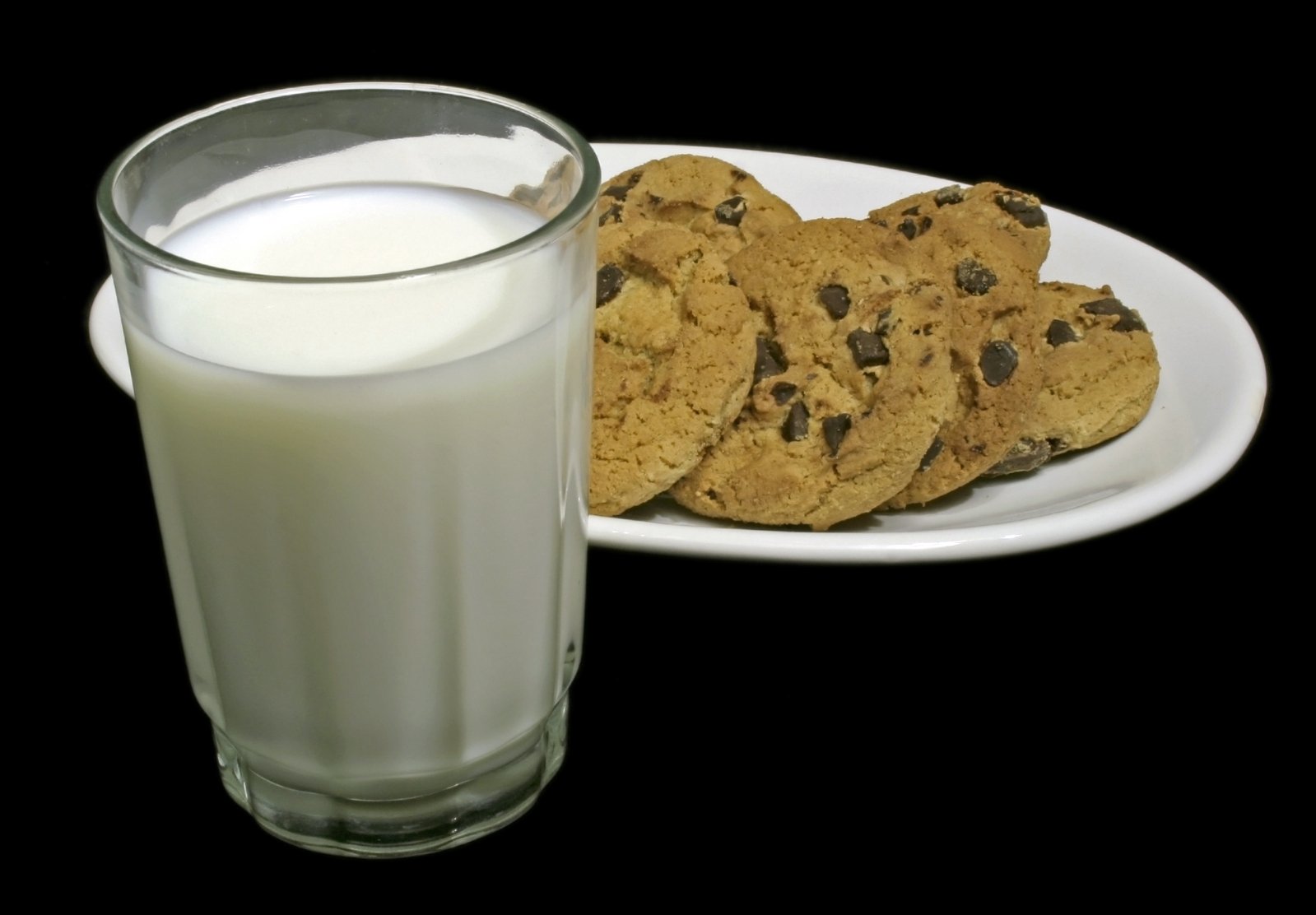 Barring some people, milk forms a significant part of every breakfast (Especially for people having cereal) or every diet.

And it actually is no surprise, as it has protein, vitamins, carbohydrates and basically everything that the body needs for daily nutrition and sustenance.

Apart from the product differentiation of full cream, skimmed, toned etc., there is a more basic difference in milk varieties, usually due to their constituents. There are mostly 2 such varieties, viz. A1 and A2.

How they are different

Indian cows and others 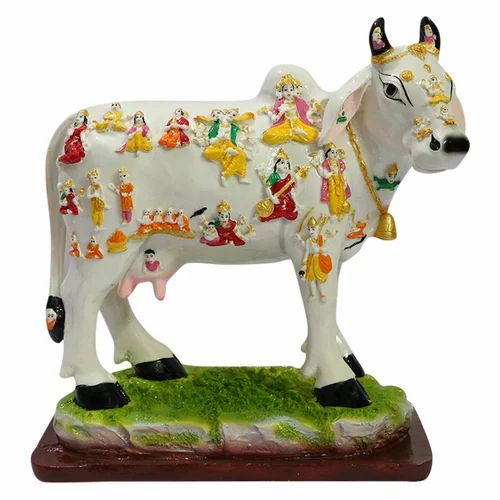 Indian cows have a dewlap and a hump that are their most prominent distinguishing features. Jerseys / Holsteins have none of these.

Ever wondered why the cow has been worshiped and revered in India since the ancient times? This tradition unfortunately, has been the butt of some jokes; but it has solid basis in science.

One point to note is that according to tradition, it is only the Indian indigenous breeds of cow (the ones with hump and dewlap) that have been considered holy, and none other. Desi (Indian) Cow milk also shares the most compatibility with human mother’s milk; hence desi cows are considered mother-like by Indians.

Only Indian cows give pure A2 milk (which is the only difference that has been researched) which is no less than a treasure of nutrition. Their hump has the Surya-Ketu Nadi (according to yoga, nadis are channels in the etheric body), which absorbs energy from the sun, producing golden salts in their blood as well as milk (this is why cow ghee is golden in color, cow milk has a yellowish tinge).

One could write a whole book on Indian cows, their temperament (which makes their milk much better) their by-products products and their relation with ayurveda and yoga, but I shall stick to the topic here, which is A2 milk.

A1 protein produces beta-casomorphin-7 (BCM-7), which is apparently the one causing all the problem (Or rather the only one which is known to), as it is linked with multiple digestive disorders and gastrointestinal problems.

Studies have also linked the consumption of A1 milk to autism. On the contrary, A2 milk is much easier to digest and causes no such problems, but rather is packed with nutrients and medicinal properties.

The BCM7 peptide that comes from A1 protein cannot be broken down by the body. This exogenous opioid is the culprit behind many diseases, as it does not occur naturally within the human body and interacts with human digestive system, internal organs and brain system.

A1 milk also results in an overall increase in LDL or bad cholesterol, which is the reason

behind most cardiovascular ailments. There have been few clinical studies on how A1 milk harmfully affects the body.

A2 milk is the best for kids and toddlers as it is easy to digest, and packed with all essential nutrients that kids need.

Consumption of A1 milk and deteriorating health

In 1970, India launched one of the world’s biggest dairy development program, Operation Flood.

In the process India lost a lot of its indigenous breeds as they were cross bred with Holstein and Jersey; hence India also lost a big chunk of A2 milk sources. Most of the milk which is currently available in India is A1.

It is not surprising that in the last few decades, India has become the Heart Disease and Diabetes capital of the world. I’d like to add that people have also become easily irritable (that’s another social problem).

This could also be attributed to lifestyle changes, but milk (an essential part of every Indian’s daily diet) definitely has a role to play. There should be more and deeper studies into this subject.

Brazil’s economy got a boost; thanks to Indian cows

Brazil has bred Indian indigenous cows for many decades and they now have a sizeable cow population (about 4 million, almost all of them from Indian breeds). Today it is one of the top 5 milk producers in the world, making the Indian cow a real money spinner for Brazil.

Jersey and HF breeds of cow

The main reason behind many people (especially in India) breeding Holsteins and Jerseys is that they have a better milk yield. All that yield comes at a high cost to health, and people are realizing it only now, and very slowly.

Our biggest problem in this context: desi cow A2 milk, firstly is available in limited places in India, and secondly is priced higher.

The only way to make A2 milk mainstream is awareness. Business investment will automatically follow.

People should realize that A2 milk is something India already had, and chose to throw away for something abundant but inferior. In the long term, A2 milk should be commonly available.

Thousands of people have experienced dramatic improvements in their health just by consuming Indian cow’s A2 milk.

The science is solid; most chronic, lifestyle-related diseases plaguing the urban populace today can be tackled effectively by changing one single part of their nutrition. A2 milk is truly the elixir of life.

P.S.: I usually do not ask this, but would like to say it for this particular article. If it has answered your questions or added to your knowledge, I request you to please share this article as much as possible to spread awareness about A2 milk and Indian cows.

An integral part of any north and central Indian kitchen, Makhanas find use in many East Asian delicacies. Makhanas are also known as lotus seeds or fox nuts. They come from a plant called Euryale fox, which grows in stagnant water. In this post, we look at some of the health benefits of having this superfood.

Makhanas are rich in potassium, phosphorus, magnesium and calcium and can fulfill about 37% of one’s daily requirement of manganese. They contain omega-3 and omega-6 fatty acids and are quite low in sodium, cholesterol and saturated fat. They are not just a healthy source of carbohydrate, but also a good source of protein.

It is not a superfood if it cannot slow down ageing, right? Well not necessarily, but makhanas have enzymes that help repair damaged proteins and therefore keeps your system younger for longer.

Due to their low glycemic index, lotus seeds are slowly digested, absorbed and metabolized thereby preventing insulin levels to spike, yet keeping one energetic for a long time. This property makes them an excellent snack for diabetics.

2 words, folate and magnesium. Low magnesium levels are linked to coronary heart disease (CHD) and a daily dose of folate / folic acid can reduce the risk of heart disease and stroke by approx 20%. Makahnas will take care of both these needs thereby making them a must have for a healthy heart.

Makhanas have astringent properties and are beneficial for healthy functioning of the kidneys, and also help prevent kidney stones.

Listen up weight watchers, the low glycemic index of makhanas make you feel full for longer, thereby avoiding frequent hunger pangs, and helping you lose weight without starving yourself.

Only 100g of makhanas can fulfill upto 30% of your daily fibre requirement. The high fibre content in lotus seeds help smoothen your digestive process. Makhana can also help improve your appetite.

Makhanas have been recognized in Ayurveda for their aphrodisiacal properties as well as their role in improving sperm count in men and fertility in women.

The spleen is the graveyard of dead red blood cells. Fox nuts help detoxify it, ridding the body of dead cells and purifying the blood stream.

There are interesting ways to eat makhanas, as they do not have an overpowering taste. They usually soak up the flavors added to them.

Toss some makhanas with some black salt, pepper and turmeric powder in a pan. Add some butter or simply dry roast them for a few minutes. There you have it, a bowl of healthy munchies for your next movie marathon!

Heat a teaspoon of ghee in a pan, add some makhanas and roast them for a while. After this, add some milk (at least till the makhanas are partially submerged) and bring it to a boil. Add to it, some jaggery or honey (healthier than sugar). You can add chopped cashews, almonds or pistachios to make it more interesting. That’s it! Your dessert is ready. (You may also cool it down and have it like a cool dessert)

If you happen to be a little lazy, you can also have’em straight out from the packet. So do not hesitate to add these guilt free snack packs to your list the next time you go grocery shopping!

If you like having dry fruits, you’ve probably heard about raisins. They are very common in many desserts and especially Indian delicacies. These small dried grapes have a unique flavor and are packed with nutrients. There are different types od raisins, mostly because of the process of making them, and the type of grapes used. Few examples are currants, golden seedless raisins, muscat raisins etc.

In this post, we look at Monukka / Manuka Raisins.

Manuka raisins (grapes rather) are grown in Samarkand, Uzbekistan and some Himalayan regions to name a few. Manuka raisins are distinguishable by their crunchy seeds. These seeds are supposed to be eaten along and add to the nutrition.

The grapes are mostly sun-dried so they retain all of their nutritional value. They are completely non-GMO and 100% organic.

So let’s get to the benefits of manuka raisins:

These fruits are rich in fibre content, and therefore will help with digestion and ease constipation. They also help flush out toxins from your body, thereby avoiding many other diseases.

They are packed with potassium, which apart from being an essential mineral, stimulates the burning of cholesterol thereby promoting good cardiac health.

Catechins are polyphenolic antioxidants that scavenge the free radicals in the body. These free radicals are the underlying cause of the spontaneous growth of cancer cells. Manuka raisins are a rich source of catechins and hence help prevent cancer.

These dry fruits contain beta carotene and therefore go a long way in maintaining good ocular health. They also slow down macular degeneration and weakening of vision with old age.

Manuka raisins contain oleanolic acid, which is known to play a cruicial role in preventing tooth decay, cavities and brittleness of teeth. It not only prevents the growth of bacteria responsible for tooth decay, but its boron content curbs the growth of oral germs thereby promoting good oral health.

Regular consumption of manuka raisins helps promote bone health. They contain calcium and small amounts of boron; the latter facilitates absorption of calcium in the bones, making them stronger. Also, the polyphenols and antioxidants in manuka raisins have anti-inflammatory properties, which help ease arthritis pain.

These seeded dry grapes also help healthy weight gain as they are concentrated with fructose and glucose. They are a wonderful addition to a pre-workout snack, giving you an extra energy boost, and also a way of promoting healthy weight gain, minus the cholesterol.

So, go ahead and add this guilt free crunchy treat to your daily meals and experience the benefits first hand.